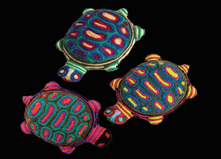 The recipient of the 2016 Tortuga Award is Rosalía Solórzano Torres, who will be honored at the Award Banquet on Saturday, August 6th.  The Tortuga Award originated in 2004 when Mujeres Activas en Letras y Cambio Social (MALCS) recognized the need to formally acknowledge the tremendous professional accomplishments and contributions of its members. Annually, this award is given to a MALCS member who has used her expertise, experience and commitment to support and advance the MALCS mission. The Tortuga Award is a token of appreciation for scholars and administrators have made a difference in their respective academic and administrative fields, cleared the educational path for many women of color and gender non-conforming peoples, and whose work established and enhanced MALCS. 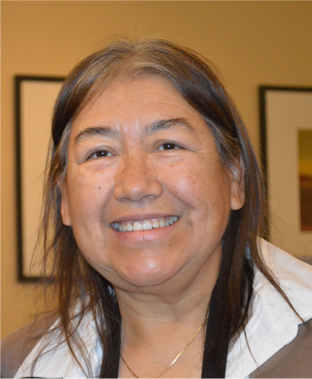 Rosalía Solórzano Torres is a pioneer of Chicana/o Studies. In 1976, Rosalía was among the first scholars to research Mexican migrant women (in spite of a faculty adviser telling her the topic was not appropriate for sociology). In 1979, she began teaching in the field. Solórzano Torres has a Masters in Sociology and Spanish from the University of Texas at El Paso and advanced to doctoral candidacy in Sociology at Michigan State University, East Lansing. Solórzano Torres received a Masters in Counseling and Guidance from Webster University in 1992, is a Licensed Marriage and Family Therapist, and received Diplomate status by the American Psychotherapy Association. She is also a certified translator and interpreter.

Rosalía is co-editor of Chicana/o Studies: Survey and Analysis (1st-3rd editions, KendallHunt 2007) and Chicana Studies: An Introduction (KendallHunt 2010), and is currently working on a second edition of the latter with co-editor Francisca James Hernández. Her most recent publication is, “Border Challenges and Ethnic Struggles for Social Justice in Arizona: Hispanic Communities under Siege,” published in Social Justice in the U.S.-Mexico Border Region (Springer Science+Business Media 2012).

Rosalía has received multiple research and teaching appointments at various community colleges and universities throughout the U.S. Southwest. These include: the University of California at San Diego at the Center for U.S.-Mexico Studies; the University of Texas at El Paso at the Department of Chicana/o Studies and the Center for Inter-American and Border Studies (the latter for which she was Associate Director); the University of Colorado at Boulder at the Chicana/o Studies Program; and El Paso Community College (El Paso, Texas). This fall, she will begin her 20th year on faculty at Pima Community College in Tucson, Arizona, where she has taught five courses per semester in sociology, Mexican American Studies, and Feminist Studies.

Over the course of her career, Rosalía has established many Chicana/o Studies and Gender & Women’s Studies courses and degree programs (including the first “La Chicana” course in the University of Texas system) along with many programs and services for Chicana/o, LGBTQ, and other students. In addition to teaching, Rosalía has been most recently working intensively with other faculty to institutionalize Mexican American and Gender & Women’s Studies in Arizona and at Pima Community College through the creation of curriculum pathways, degree programs, and a statewide Articulation Taskforce with plans for a Center for Excellence and an academic department.