This site is not active but is a part of the MALCS Summer Institute Archive. For the current Summer Institute, please go to institute.malcs.org. You may encounter broken links while browsing this site. 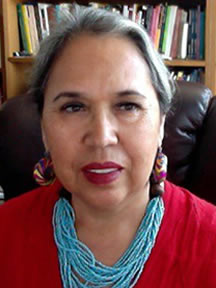 Josie Méndez–Negrete, associate professor in Mexican American Studies at the University of Texas at San Antonio, received her PhD at the University of California, Santa Cruz. Duke University Press published Las Hijas de Juan: Daughters Betrayed as a revised edition in 2006. Her current manuscript, A Life on Hold: La Historia de Tito, a testimonio of schizophrenia in the context of lived experience, documents her eldest son’s struggles with the illness. She has published in Frontiers: Journal of Women Studies, and Journal of Latinos and Education. Méndez-Negrete has a history of activism in organizations that promote the welfare of women and children. On her second year as Lead Editor of Chicana/Latina Studies: The Journal of Mujeres Activas en Letras y Cambio Social, her looks forward to building on its excellent reputation as interdisciplinary venue Chicana/Latina thought.

Dr. Romero completed his undergraduate work at Pacific University; he earned a Masters of Art Degree in Language, Reading and Culture from the University of Arizona.  His masters’ thesis was entitled: Brown, Black and Red in the New Millennium: Will the Dream Come to Fruition? His doctorate from the University of Arizona was entitled: Towards a Critically Compassionate Intellectualism Model of Transformative Education: Love, Hope, Identity, and Organic Intellectualism through the Convergence of Critical Race Theory, Critical Pedagogy, and Authentic Caring. Dr. Romero’s research interests include the understanding of the ontological and epistemological impact of race and racism upon youth, and the naming and defining of the intersectionality of transformative resistance and organic intellectualism. Dr. Romero, Julio Cammarota and their students co-created the Critical Compassionate Intellectualism Model of Transformative Education (CCI). This model is heavily grounded in critical race theory, while simultaneously merging the key components of participatory action research, cultural responsiveness, authentic caring, and critical pedagogy. CCI has had significant impact on the academic performance of the students enrolled in TUSD Mexican American/Raza Studies course.

Dr. Romero has served on advisory boards for numerous individuals and organizations, including Former Arizona Governor Janet Napolitano Latino Advisory Council; the Center for Cultural Competency; City of Tucson’s Public, Education, and Government Commission; the University of Arizona’s College of Education Professional Preparation Board; the University of Arizona’s Mexican American Studies and Research Center; the Board of Directors for the Tucson International Mariachi Conference; and Former Arizona Governor Janet Napolitano’s Youth and Education Task Force.

Alejandra Elenes is Associate Professor of Women and Gender Studies at Arizona State University. Her works centers on the application of borderland theories to study the relationship between Chicana culture and knowledge, and how it relates to pedagogy and epistemology. She is co-editor of the book Chicana/Latina Education in Everyday Life: Feminista Perspectives on Pedagogy and Epistemology (2006) (winner of the 2006 American Educational Studies Association (AESA) book critics’ award) and of the special issue “Chicana/Mexicana Pedagogies: Consejos, Respeto y Educación in Everyday Life” for the International Journal of Qualitative Studies in Education (2001). She has published articles in feminist and education journals and in a variety of books on Latin American Studies, Chicana/o Cultural Studies, and Education. Her forthcoming book Transforming Border will be published in the fall.

Leilani Clark is a 21 year old political activist from Tucson, Arizona. Ms. Clark began her political career after being highly influenced by the critical thinking skills and political analysis she acquired while in Tucson Unified School District’s Ethnic Studies courses and later in Tucson High Magnet School’s chapter of M.E.Ch.A.

Right after her graduation from Tucson High in 2007, Ms. Clark became a youth intern for la Coalicion de Derechos Humanos, an immigrant rights advocacy group that focuses on community empowerment to challenge federal policies of increased militarization on the border.

Over the last four years, Ms. Clark has traveled around the country to spread the knowledge, in a youthful perspective, of the political climate and challenges Arizona faces.

Earlier this year she became recognized nationwide as one of the members of the Capitol 9, the first individuals who were arrested for protesting SB 1070.

Rev. Trina Zelle is the founding director of Arizona Interfaith Alliance for Worker Justice, Arizona’s only worker rights center, which began as a faith-labor alliance in 2006. Her community work has taken her all over the United States. In addition to serving congregations in Connecticut, Minnesota, Hawaii, Texas, and Arizona, Rev. Zelle worked for ten years as a community organizer in partnership with immigrant women living along the Texas/New Mexico/Mexico border.  Together they established a day care business, a community center, and Cristo Rey Outreach, a nonprofit organization that continues to provide technical assistance to grassroots groups along the border. She graduated from the College of Wooster and received her Master of Divinity from United Theological Seminary of the Twin Cities.  Rev. Zelle says that the reason she has chosen to work with this community is because her “faith has led [her] to conclude that God is most present with people on the margins of the dominant culture and so that’s where [she is] supposed to be too.”

Miguel is from Cuernavaca, México. Miguel has an engineering degree from Mexico with a specialization in the care and production of plants and disease control. He came to the United States in 1999 in order to be able to better support his growing family. Miguel has been working in construction, concrete and landscaping for the last seven years in Phoenix. Miguel is married and has two children.

Denisse Roca-Servat is a doctoral student of Justice and Social Inquiry in the School of Social Transformation at Arizona State University. She holds a Master’s degree in Political Science from the Institute d’Etudes Politiques in Bordeaux, France. She worked as a union organizer and community outreach coordinator for the AFL-CIO and some construction unions in Arizona and has written about the new American labor movement in the Labor Studies Journal. 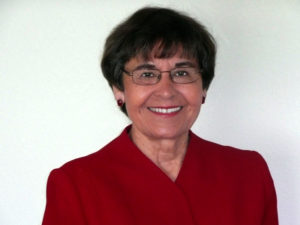 Rosie Lopez is an ASU graduate and a retired educator.  She is the founder of the Arizona Hispanic Community Forum, a civil rights and advocacy organization that focuses on policy issues at the federal, state and local levels.  She has also been actively involved in numerous local, statewide and national political campaigns for many years.  At present, she is working on several statewide political campaigns and is also involved in fighting against the SB 1070 law.